by Franklin Pierce
0 of 0 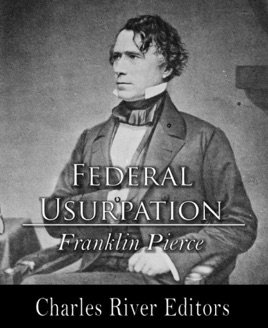 Franklin Pierce(1804-1869) is best known for being one of the Presidents of the United States, albeit one of the least known. And it’s just as well, since Pierce is widely considered by historians to be one of the worst in history.
Pierce was a Democrat and a "doughface," a Northern politician who sympathized with the South. He was a House Rep and a brigadier general in the Mexican-American War before becoming President in 1853.
His amiable personality and handsome appearance caused him to make many friends, but he made many divisive decisions which were widely criticized at the time and destroyed his reputation. He was widely unpopular in the North after he came out in favor of the Kansas–Nebraska Act, which called for popular sovereignty to determine whether states should be free states or slave states. The Act repealed the Missouri Compromise, which had set geographical limits on slave states. Pierce would later come out in support of the Confederacy during the Civil War, forever tarnishing his already poor reputation.
With nothing to lose, Pierce authored Federal Usurpation, calling his work “a plea for the sacredness of the Constitution of the United States. I do not mean by this that I consider our Constitution, framed a hundred and twenty years ago, well suited to the needs of our existing government. Its rigid provisions, its system of checks and balances, are an obstacle to popular government, and they should be radically changed by amendment, but never by construction or usurpation.” Pierce’s work goes on to detail how the government had usurped power through the Civil War and Reconstruction, and through means such as administrative laws.